Very excited to be a part of this LIVE collaboration!

Many thanks to Sophia Chizuco, Luis Martin, and Lizzy Zevallos for having me!

Check out this beautiful video of “The Brooklyn Performance Combine”

Presented by Norte Maar at the Brooklyn Museum- 11/1/14

“The Brooklyn Performance Combine” – featuring a durational performance mashup of
Brooklyn based poets, painters, and performers

This event if free.

__________
Brooklyn-Norte Maar presents its most ambitious collaborative event to date! The Brooklyn Performance Combine is a mashup of poets, painters, and performers at the Brooklyn Museum on November 1 from 7-9pm. The event coincides with the museum’s Target Free Saturdays and responds to the museum’s exhibition Crossing Brooklyn: Bushwick, Bed-Stuy and Beyond. The event is free.

Not so unlike the historic Theater Event #1 that took place at Black Mountain College during the summer of 1952, and Norte Maar’s own End of the World performance at English Kills, The Brooklyn Performance Combine Event unites all art forms in a fusion of poetry, sound, dance, and performance in a single cohesive 120-minute event. It will be epic.

A timer will start the countdown for the performance. Each artist will be programmed to begin and end at a time designated through chance operations within the 120-minute interval. At times a poet will be reading while a sound artist is performing. A dancer will enter, perform and depart. Sounds will overlap. There will be silence. Every aspect of the performance will be unrehearsed, live, spontaneous, and uninterrupted. Audiences can come and go as the event clock ticks out of time.

Playing with a ball in my yard with my dogs and I notice the burn, a familiar sigh for smokers. Not today though. I liked these damn pants and refuse to stop wearing them over this accident.

So, now the burn gets examined, focused upon, photographed by iPhone, tweaked by an app, and posted here to be shared with the collective conscious that is the internet.  Makes me feel a little harsh for spotlighting the burn’s absence of intention, though inspiration is short and sweet.

So, we’ll call it a draw.  Here’s the burn and a tweak, accident and reaction.  I’ll think of this confrontation when I wear the pants, and the pants will have only gained character and experience by then, while I hope to have limited my own emotional skirmishes with inanimate objects and natural accidents by then.

Congratulations burn- I’m proud of ya. 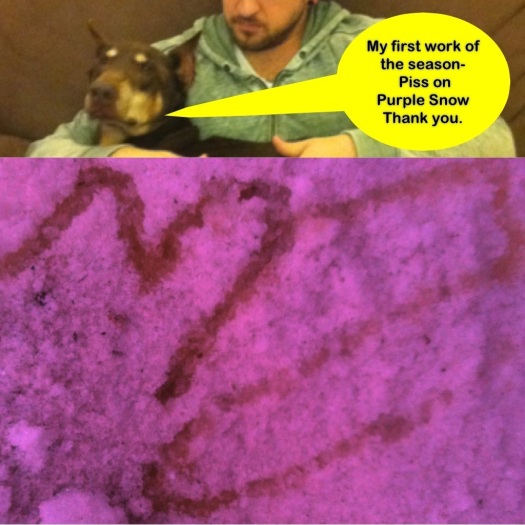 “Piss on Purple Snow”
by Ozzie
Brooklyn, NY 1/21/12
Bushwick artist Ozzie takes up the offer the first snow accumulation provides this season. Now 84 dog years young, this humble veteran gifts us his first work of the new year the same week gallery owners sat down to plot and proceed with elevating Bushwick’s artists by bringing attention from Chelsea to the gallery-cluster developing in North Bushwick. In response to the growing attention and buzz surrounding the neighborhood, Ozzie gives us a warm embellishment upon a cold, continually changing surface, showing his commitment to pushing his work forward and providing us with an honest example of a mature artist who’s not afraid to let his work flow from within. 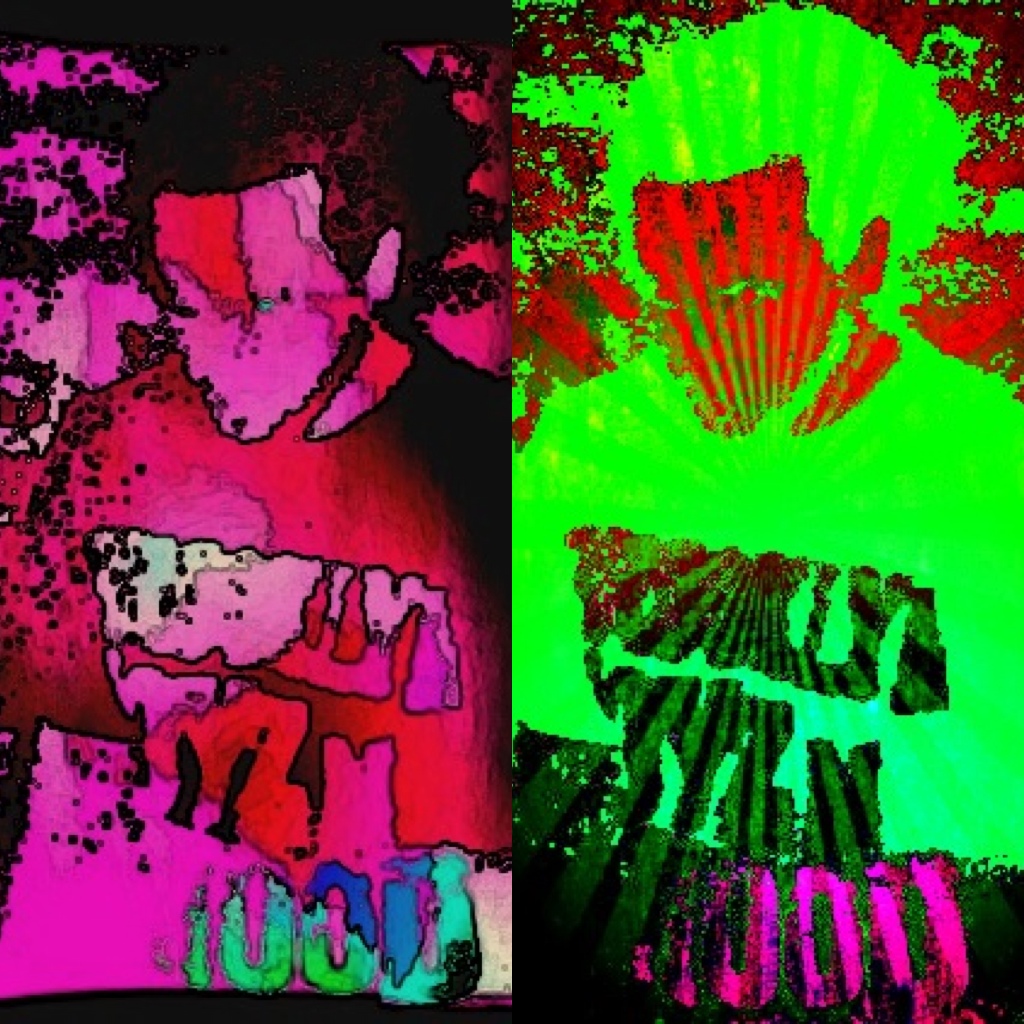 Here’s a shot of me and my arch-nemesis, that sneaky bastard. 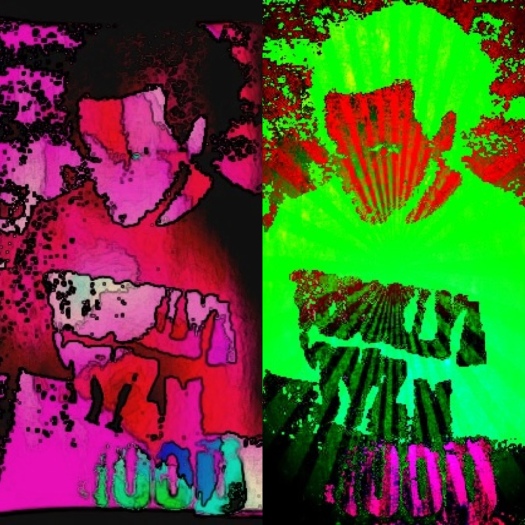 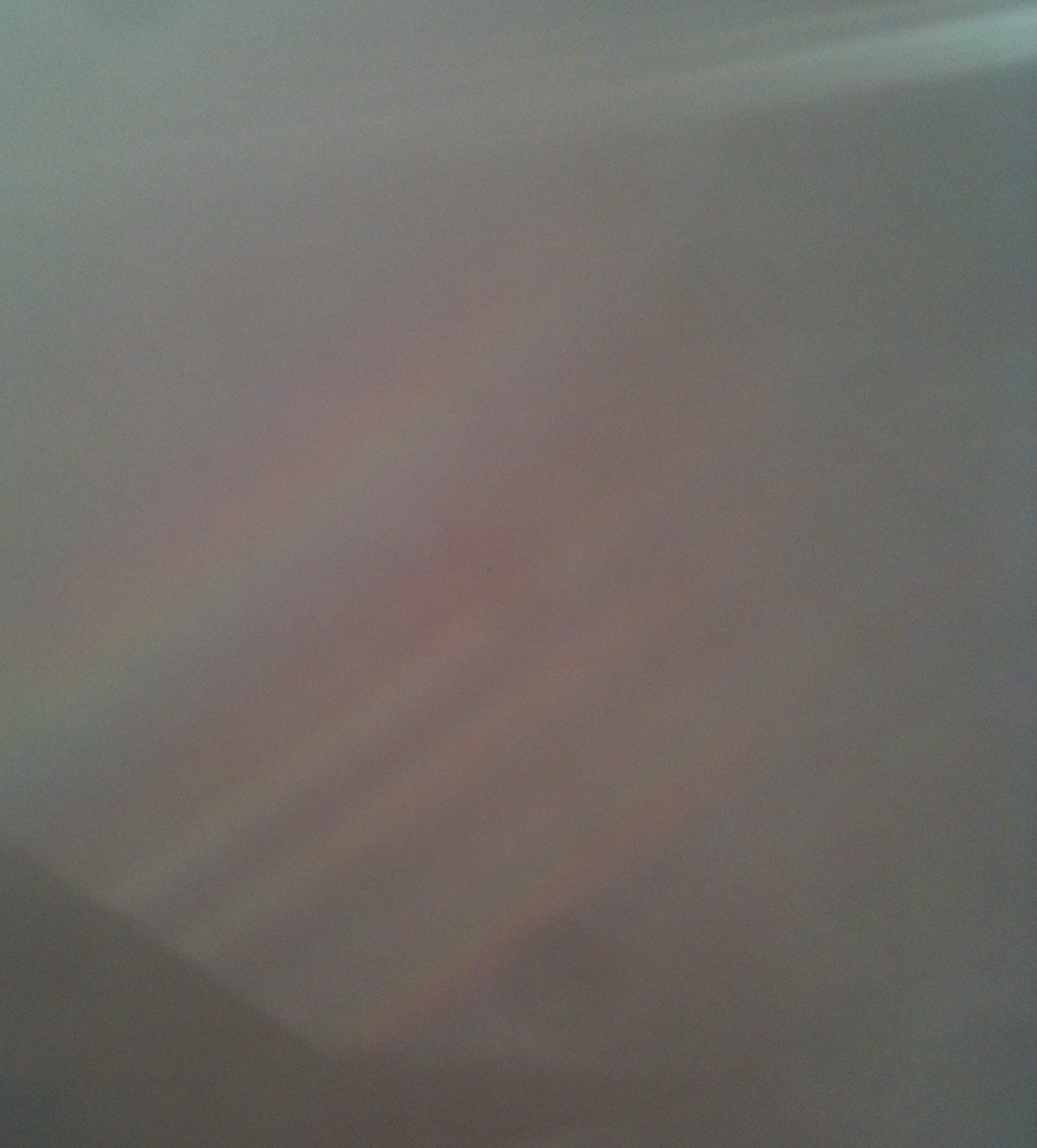 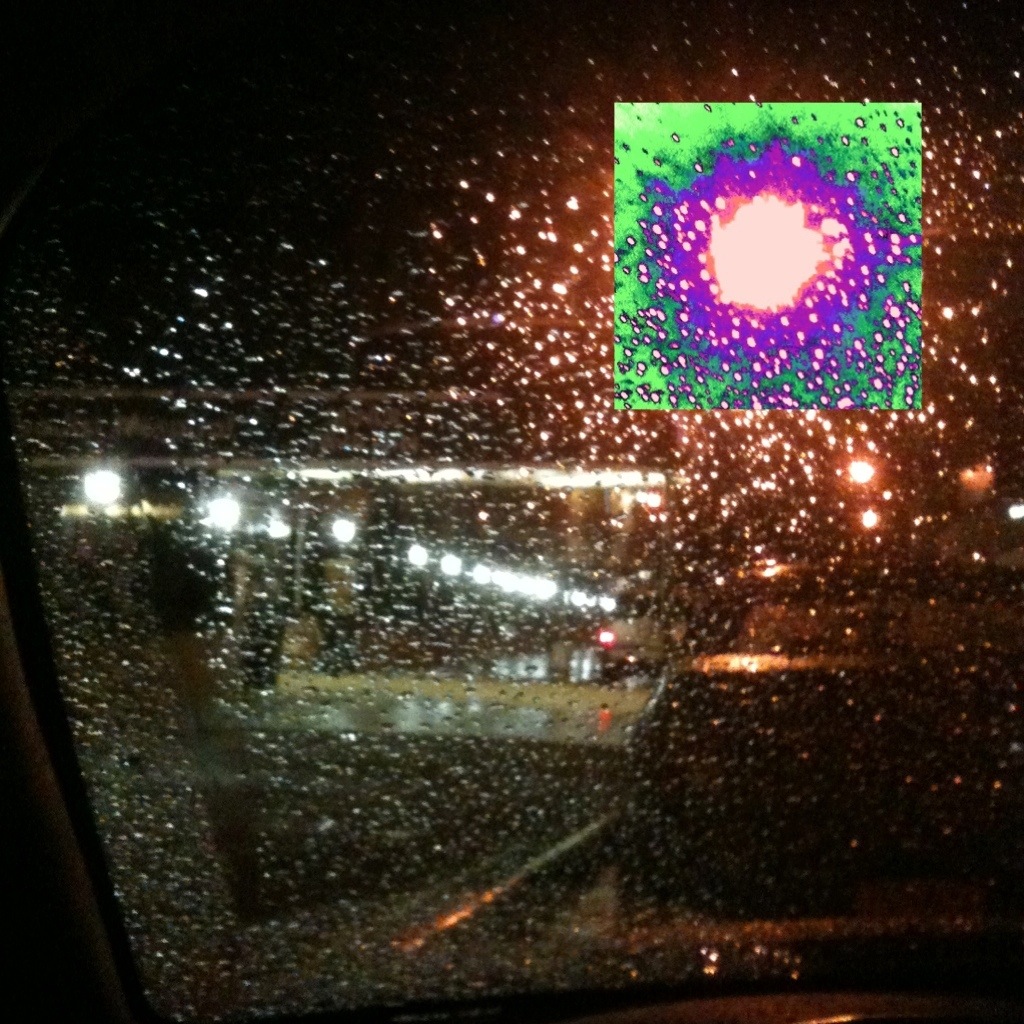 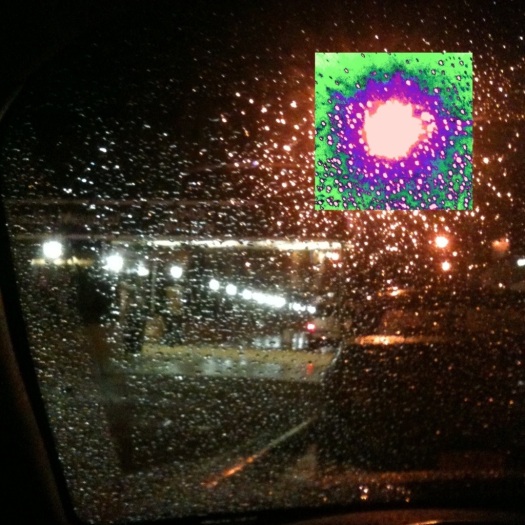 Nevermind the ultra-capable computer… see that color on the wall?!

Like a hunter stalking magic with his camera… steady… quiet… GOTCHA! 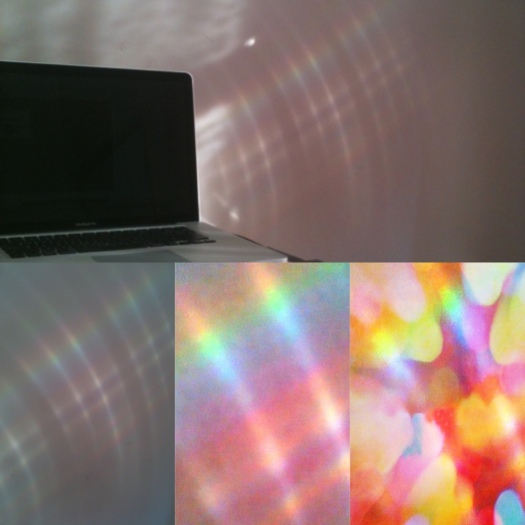 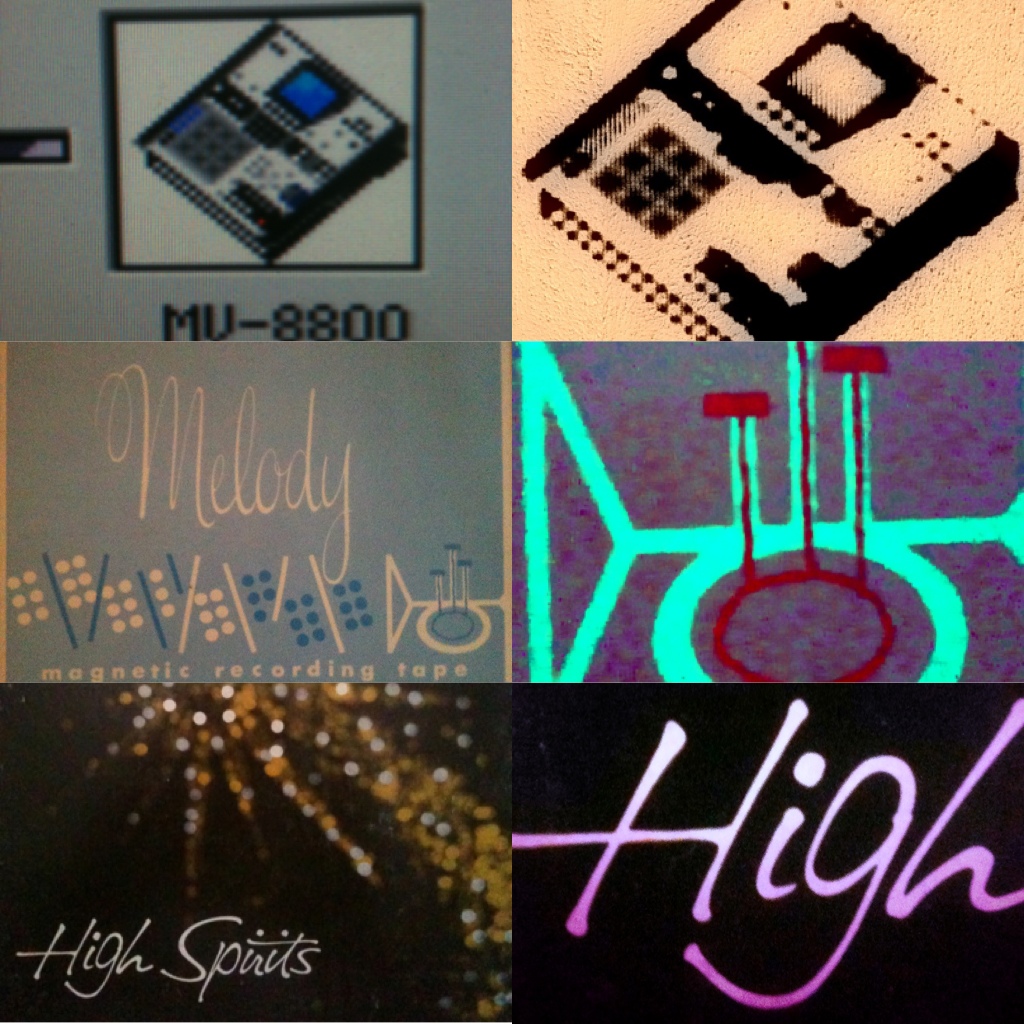 I have been really enjoying creating these “tweaks” on images I’ve captured.  When I am not in the lab concentrating on audio, I take images and re-work them with paralleled principles from sampling audio.

2. Capture it as best you can. 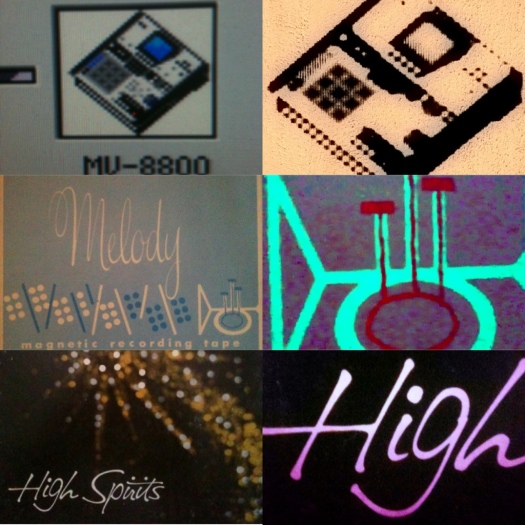